When you think of iconic cars, there are a couple that immediately come to mind, even among non-petrolheads:

And of course, how could we forget the Volkswagen Beetle?

Herbie the Love Bug. Bumblebee, from Transformers. The album cover for the Beatles’ Abbey Road. It mightn’t be as sporty as many of the other models our VW specialists in Melbourne work with, but the humble Beetle is easily the most iconic vehicle to bear the VW logo.

Its days are limited, however – very soon, the very last Beetle will roll off the production line and into history. Depending on when you read this, the occasion may have already passed!

Join our Volkswagen specialists in Melbourne as we bid farewell to this iconic piece of automotive history.

A brief history of the Volkswagen Beetle

Designed by Ferdinand Porsche (yes, that Porsche), the VW Beetle was first commissioned by Adolf Hitler in 1936 as part of one of his less-destructive initiatives.

The Beetle was a simple car, with a simple mission: to bring car ownership to the masses. You can even see remnants of this original purpose in the name Volkswagen – “people’s car” in German.

To say it succeeded in its goals is an understatement – with over 21.5 million units produced over its lifetime, the “original” Beetle is one of the world’s most widely-produced passenger cars, with production lines springing up all over the world.

There was even a period in the 60’s where VW was assembling Beetles right here in Melbourne!

Alongside the equally-iconic Kombi van, the love Bug became a staple of the hippie movement – where do you think it got the name?

It might not look like much, even compared to its contemporaries – however, it was exactly this trait that saw this simple, no-frills car find success in the global market.

In fact, the very last “original” Beetle actually rolled off the production line in 2003, a full 65 years after the model first hit the roads!

Yes, the classic Beetle has had a long run – and if you stick to a regular service schedule, you can keep yours running for years to come.

The original Beetle is a classic – however, it was designed all the way back in the 1930’s. And there’s only so much you can fit into a car that was designed in a time when horses still made up a significant chunk of all traffic!

Air conditioning, electric windows, airbags… it simply wasn’t possible to cram these modern features into the original Beetle without a complete redesign.

So that’s exactly what Volkswagen did!

Based on the drivetrain of the Volkswagen Golf, the New Beetle brought the classic design into the 21st century with a range of improvements and changes.

Unlike many other rebrands and revivals, the New Beetle actually retained what made the original stand out so much. Instead of being a rebadged Golf, the New Beetle was squat, round and very, very daggy.

Under the hood, however, it was a massive step up!

For starters, the New Beetle changed to front wheel drive, with the engine in the front (the classic Beetle had the engine in the rear). Additionally, it also featured a host of new safety features that brought it to a 4-star safety rating with Euro NCAP.

While it might not have reached the same dizzying heights as the original Beetle (21.5 million is a hard act to follow), the New Beetle was still a success in its own right, and a common sight on Melbourne’s roads. 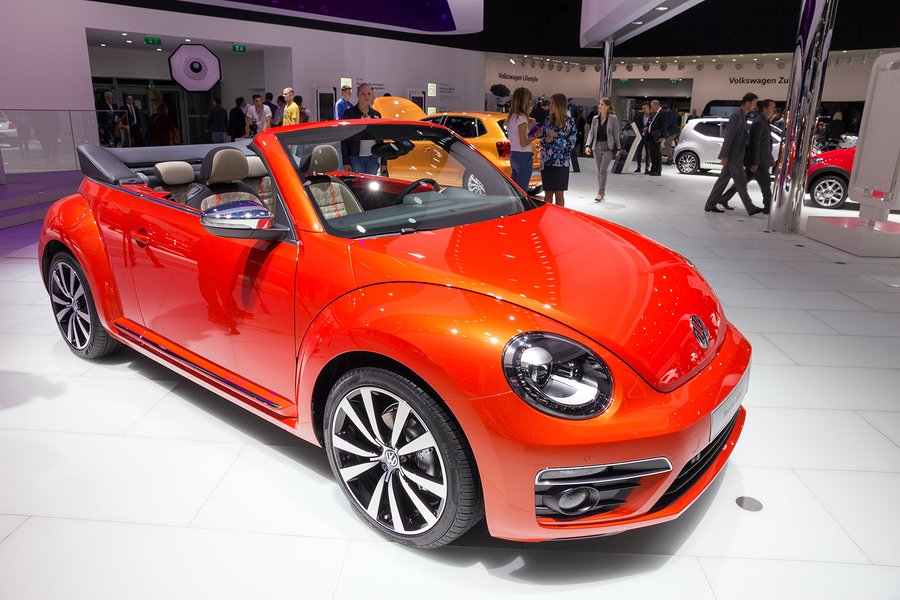 Let’s face it: the VW Beetle is many things, but “sporty” isn’t exactly one of them!

That’s exactly what the most recent iteration of the Beetle was designed to address.

(Our VW specialists in Melbourne like to call this version the “A5 Beetle”, since it uses Volkswagen’s A5 platform).

Dripping with character, the A5 Beetle features an interior that invokes the feeling of driving a much more high-end car and high-tech features unimaginable in the 1930’s. Not to mention, it’s also crammed with safety features.

It’s also improved in the little areas too – for example, doors are larger, making it much easier for passengers in the rear to get out.

The end of an era

As you can see, there’s a lot of history tied to the Beetle line.

It looks like this is where the story ends, however, with the final Beetle predicted to be assembled by mid-July.

While there are some rumblings about reviving the Beetle as an electric car (complete with prototype), the official line from Volkswagen seems to be “nein”.

For the first time since Volkswagen was founded, the Bug won’t be part of its catalogue.

So, from all the Volkswagen mechanics here at Ammstar Autohaus, we take our hats off to the Beetle. While it may be gone, its impact is indisputable – we’ll remember it for years to come, and cross our fingers for a Lazarus-style resurrection at some point in the future.

Call our VW specialists in Melbourne!

While production may be coming to an end, that’s not going to stop you from driving your VW Beetle around. Think of it as a way of keeping the Beetle alive, at least in spirit!

And of course, if you want to keep your Volkswagen Beetle running for years to come, you’ll need to keep it serviced.

Whether you’re the owner of one of the last Beetles or drive a lovingly-maintained original Bug, Ammstar Autohaus is the team to call.

Our VW specialists in Melbourne are genuine experts – unlike other mechanics, our Cheltenham workshop solely services luxury German brands including Volkswagens old and new.

This gives us a wealth of practical, real-world knowledge, which we then apply to your vehicle. This is a big deal – especially when you remember that there’s no service manual to fall back on for many older vehicles (such as your classic Beetle!)

Call Ammstar Autohaus today on (03) 9585 1676 – alternatively, click here to make a booking with our Volkswagen specialists in Melbourne.