Audi to deliver self-driving cars with Artificial Intelligence by 2020

Artificial intelligence (AI) is a key technology for the development of self-driving cars. Audi realised this early on and has joined hands with reputed brands in the electronics industry to develop the first Audi Q7 deep learning concept, a piloted driving car in collaboration with NVIDIA. The German automaker has also launched a dedicated subsidiary called Autonomous Intelligent Driving, as it pushes to deploy the next-generation technology beyond the confines of its own brand. 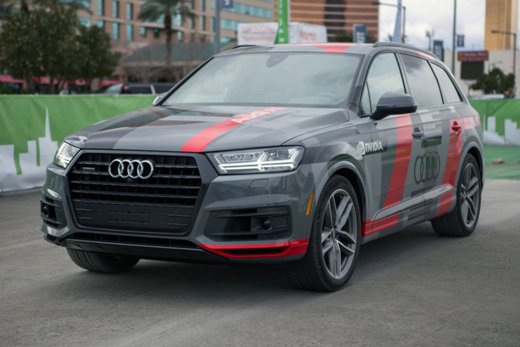 SAE automated vehicle classifications Level 3 (“eyes off”):
The driver can safely turn their attention away from the driving tasks, e.g. the driver can text or watch a movie. The vehicle will handle situations that call for an immediate response, like emergency braking. The driver must still be prepared to intervene within some limited time, specified by the manufacturer, when called upon by the vehicle to do so.

Source: https://en.wikipedia.org/wiki/Autonomous_car
to market this year and fully automated driving to the roads in 2020.
AI-enabled cars might seem like a fictitious concept, but preliminary versions of the technology currently exist in the market. Autonomous vehicles are already a common sight on the streets of Silicon Valley, an international hub for self-driving technology. Heading past one of California’s self-driving highways, you’re likely to spot a prototype of Google’s driverless vehicle clocking up kilometres and collecting valuable data in the process.

The new feature marks the first time a manufacturer has successfully launched a vehicle-to-infrastructure (V2I) communication channel. V2I refers to any time a structure in a city, like a traffic light, relays data to a car. At this point, the technology only exists in a few cities with limited features.

Data gathered by V2I can help self-driving cars operate more safely by providing crucial information about their environment, such as the general traffic flow and areas of congestion. Presently, Audi’s A4, Q7, and A4 All Road models built after June 2016 displays traffic light timers behind the wheel of the car when driven in the Las Vegas area.

This is all in addition to a number of ground-breaking AI safety features that are found in Audi vehicles, including the Audi Adaptive Cruise Control that can slow down or speed up your vehicle depending on the traffic conditions.

Audi’s AI technology efforts are supported by NVIDIA. NVIDIA is a name most PC gamers would be familiar with. They might be most famous as a manufacturer of computer graphics cards, but the company has been increasingly turning its attention to the automotive market over the past few years.

Audi and NVIDIA have worked together before, but the new partnership, announced by NVIDIA CEO Jen-Hsun Huang at CES 2017, will see the companies working to produce a
‘Level 4’
x
SAE Level 4 driving

SAE automated vehicle classifications Level 4 (“mind off”):
As level 3, but no driver attention is ever required for safety, i.e. the driver may safely go to sleep or leave the driver’s seat. Self driving is supported only in limited areas (geofenced) or under special circumstances, like traffic jams. Outside of these areas or circumstances, the vehicle must be able to safely abort the trip, i.e. park the car, if the driver does not retake control.

Source: https://en.wikipedia.org/wiki/Autonomous_car
automatic vehicle – a car capable of driving entirely on its own. As an early demonstration of the concept, the two companies have already collaborated on an experimental self-driving Q7 SUV. NVIDIA says the car. which was on display at CES, learned to drive itself in just four days using its AI technology.
Cars with NVIDIA’s AI platform will constantly learn from the driver and the road with every kilometre driven. Each new situation and the driver’s reaction to it will add to the vehicle’s database. The car will teach itself how to react to changing weather conditions and unexpected hazards, such as construction areas or underdeveloped roads.

What do self-driving cars mean for drivers?

Road accidents have cost Australia over a thousand lives in 2016 alone. While self-driving cars aren’t here to provide a magical solution to prevent road accidents, the technology and its corresponding intelligent safety features are worth being aware of.

The challenge now for Audi – and every manufacturer developing autonomous technology – is to convince lawmakers and the people that self-driving cars are 100% reliable and safe. Regardless, it’s clear that Audi is a carmaker to take note of when studying the progress of automated technology.

For the latest news in automotive safety and technologies, stay tuned to Ammstar Autohaus.